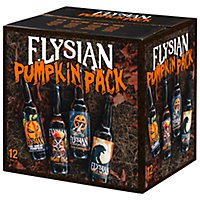 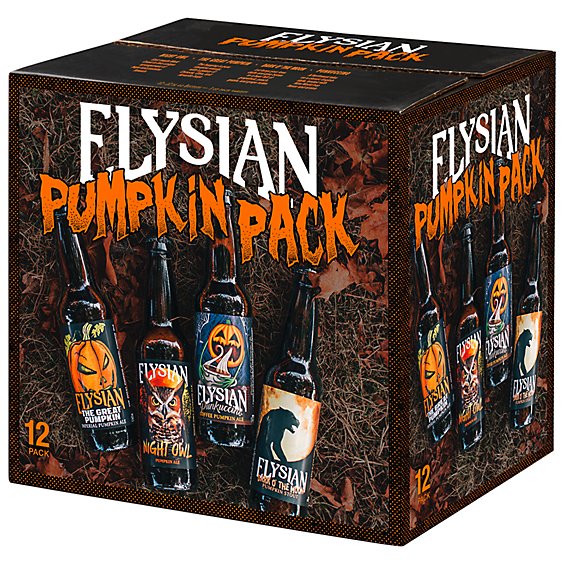 Night Owl: Our original pumpkin ale, brewed with pumpkin, roasted and raw pumpkin seeds, and spiced in conditioning with nutmeg, clove, cinnamon, ginger, and allspice. The Great Pumpkin: The Great Pumpkin is the world's first Imperial pumpkin ale! It's packed with pumpkin and roasted pumpkin seeds, and spiced with cinnamon, nutmeg, cloves, and allspice. Dark O' the Moon: Dark o' the Moon Pumpkin Stout is spookily smooth and chocolatey with a touch of cinnamon. Punkuccino: A pumpkin ale with the attitude of a world-weary barista, Punkuccino packs a short shot of Stumptown coffee in your pint with just a shake of cinnamon and nutmeg. Est. 1996. The Brewhouse: We opened our doors in 1996 when bold art and music defined Seattle. We carry that same spirit in the way we brew our beer. It's about taking chances, learning from our missteps, and changing perceptions. elysianbrewing.com. Facebook. Instagram. Twitter. (at)elysianbrewing. Pull up a barstool at elysianbrewing.com. Night Owl: 6.7% ABV. The Great Pumpkin: 8.4% ABV. Dark O' the Moon: 7.5% ABV. Punkuccino: 6% ABV.