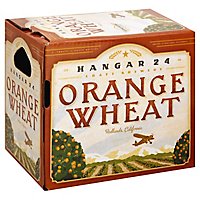 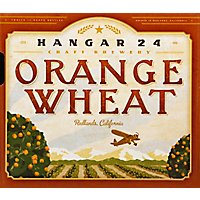 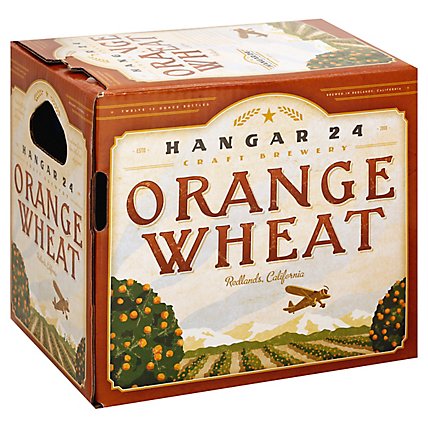 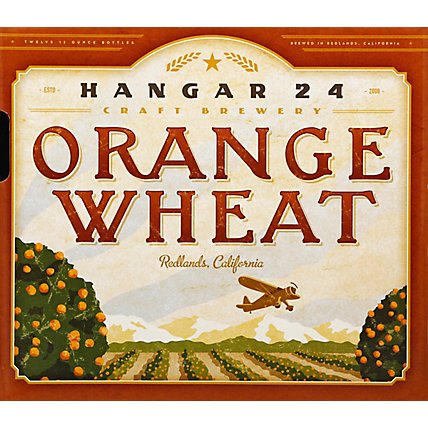 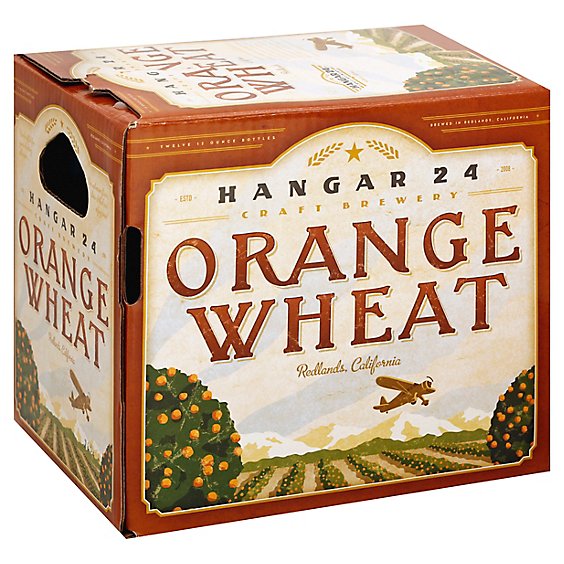 Estd 2008. Crisp, tangy & refreshing. The citrus aroma, light airy mouthfeel & tangy finish are this unfiltered beer's trademarks. This is accomplished by adding whole, locally grown oranges throughout the brewing process which perfectly coalesce with the wheat & barley base. Hangar 24 Craft Brewery began with a passion for good beer the love of flying and the pure enjoyment of being around great friends. Our brewery is named after hangar no. 24 at the Redlands Airport, where founder and master brewer Ben Cook an his fellow pilots would bring family and friends to share in the joy of flight. Afterwards, they would return to the hangar to barbecue, play music and make new friends over his latest batch of homebrews. Ben and his family built the brewery in a renovated hangar across from the airport and opened its doors in 2008. Please recycle. Fly by our brewery for a tour, a growler or a pint! Brewed in Redlands, California.

Contains: Government Warning: (1) According to the Surgeon General, women should not drink alcoholic beverages during pregnancy because of the risk of birth defects. (2) Consumption of alcohol beverages impairs your ability to drive a car or operate machinery, and may cause health problems.

Handcrafted for your drinking pleasure for optimum flavor, store chilled and enjoy soon!