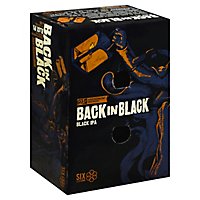 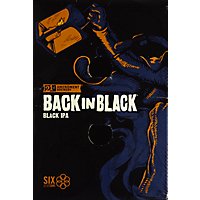 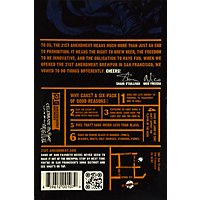 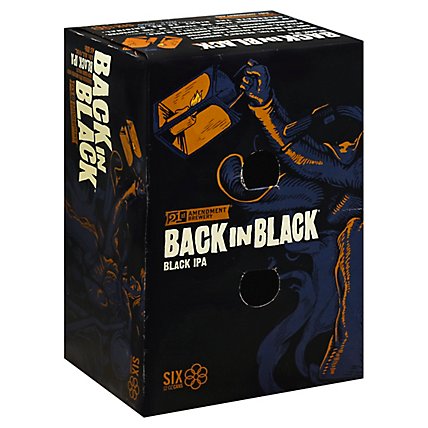 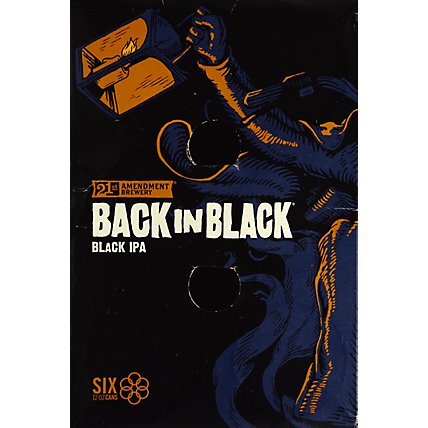 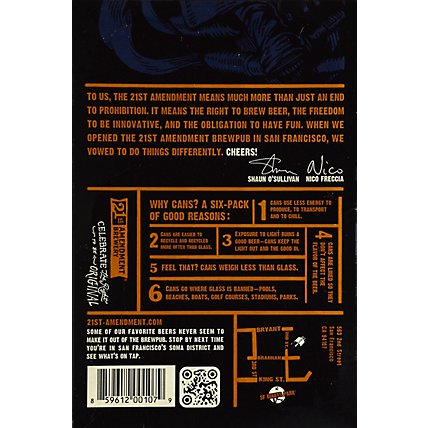 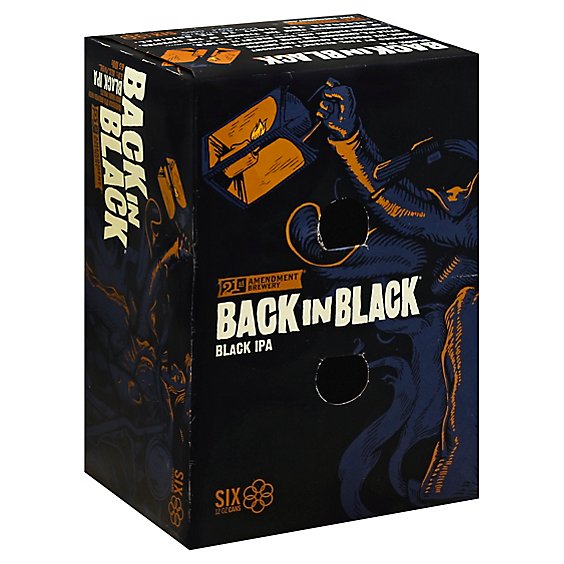 Beer, Black IPA, Back in Black

Inspired by Paul Revere's midnight ride, we rebelled against the British style IPA, embraced the more aggressive American version and then recast it in bold, brave, defiant black. Our black IPA is a declaration of independence from the tyranny of the expected. Celebrate the right to be original. 21st-amendment.com. To us, the 21st Amendment means much more than just an end to prohibition. It means the right to brew beer, the freedom to be innovative, and the obligation to have fun. When we opened the 21st Amendment brewpub in San Francisco, we vowed to do things differently. Cheers! - Shaun O'Sullivan; Nico Freccia. Why cans? A Six-Pack of Good Reasons: 1. Cans use less energy to produce, to transport and to chill. 2. Cans are easier to recycle and recycled more often than glass. 3. Exposure to light ruins a good beer - cans keep the light out and the good in. 4. Cans are lined so they don't affect the flavor of the beer. 5. Feel that? Cans weigh less than glass. 6. Cans go where glass is banned - pools, beaches, boats, golf courses, stadiums, parks. Celebrate the right to be original. Some of our favorite beers never seem to make it out of the brewpub. Stop by next time you're in San Francisco's soma district and see what's on tap. American IPA brewed with rich dark malts. 65 IBUs. 6.8% alc/vol.